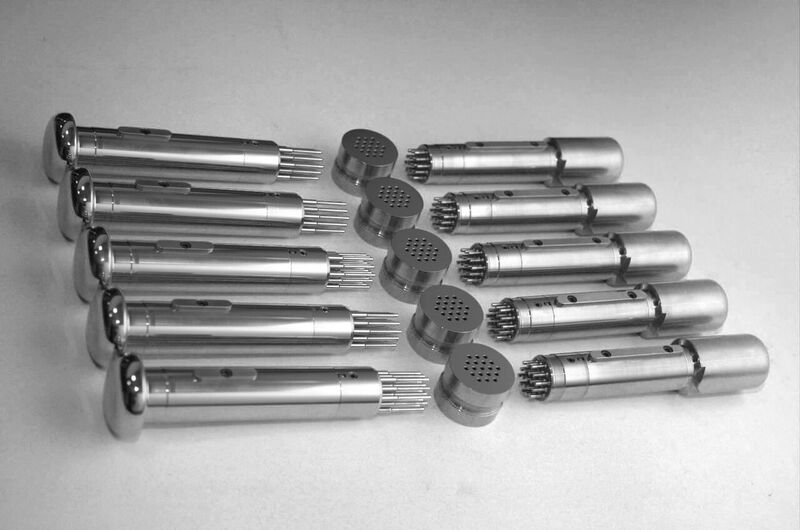 What is multi-tip monoblock tooling? Design and types of multi-tip tooling – Part 1

Older than we think? – Multi-tip tooling and its history

Multi-tipped tools are not a complete novelty in the world of tablet production. In fact, they have been in use for over a century now. In the second half of the 19th century a single-station tablet press was used to form two or more tablets at the same time.

This increased production time and saved space in the factory while reducing labour and energy costs. After further streamlining of the production process, the single-station tablet press with multi-tip tooling was used ever less frequently as a sixteen-station rotary tablet press was introduced.

Nowadays, thanks to the proper adaptation of the rotary tablet press, high-performance multi-tip punches can be used to the full. Tablet production has evolved. Multi-tipped tools have opened the door to fast and efficient delivery of tablets at lower production costs. 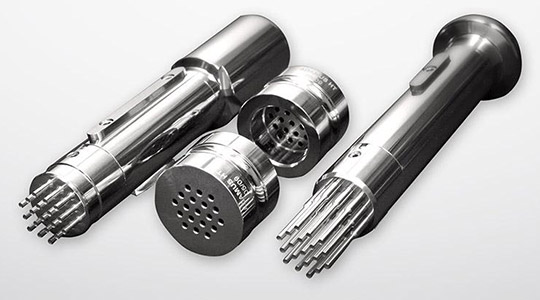 There are two types of multi-tip punches with regard to their design and number of components: 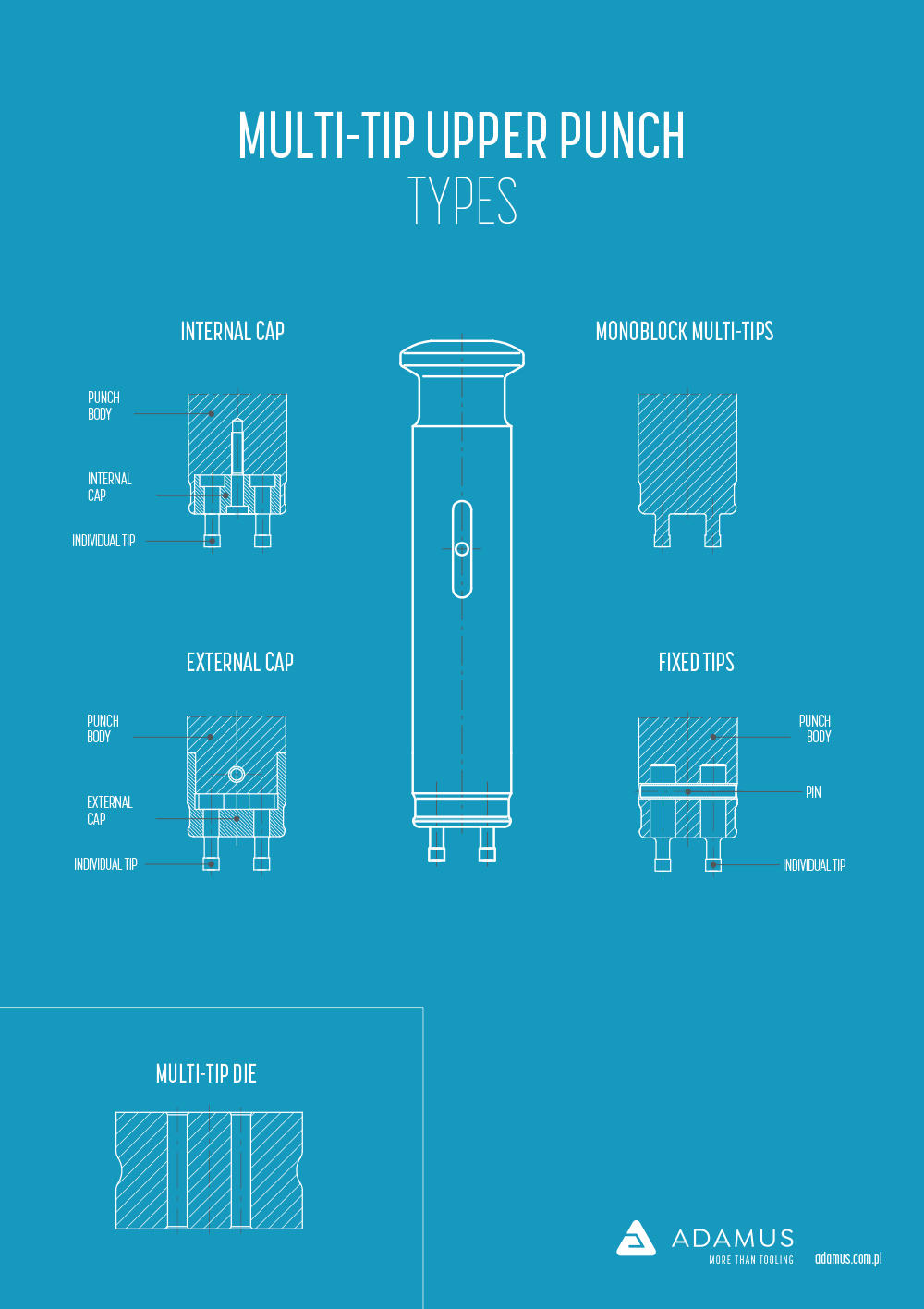 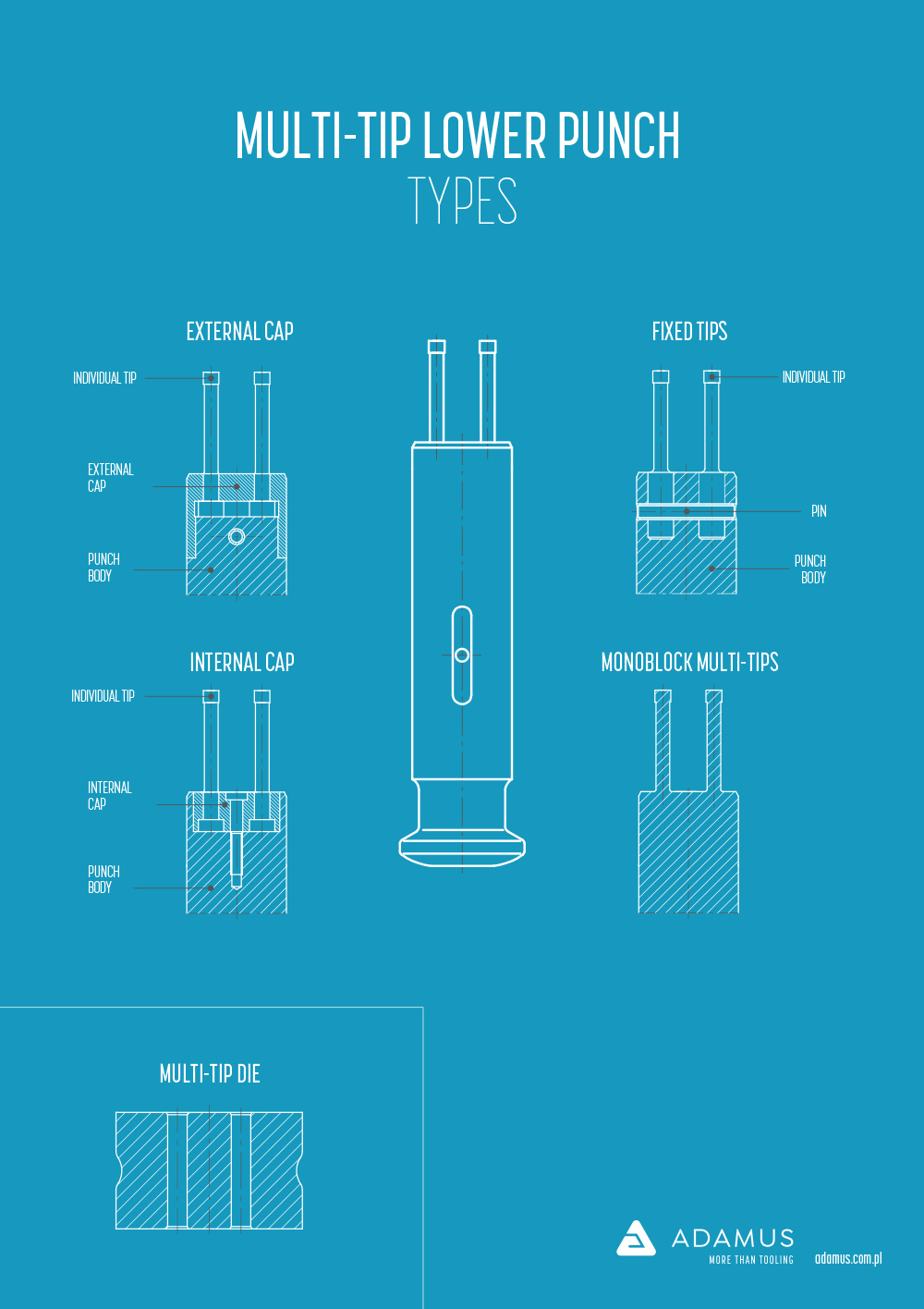 Construction of a multi-tip monoblock

A monoblock punch is machined from a single piece of tool steel and replaces the conventional punch in a tablet press. Most often it contains fewer tips than the assembled version, which allows more tips to be used.

Features of the monoblock punch

In general, operation and assembly are easier in the case of monoblock tooling. In addition, maintenance is easier, especially in terms of cleaning and washing, which is an important step in the proper protection of punching tools. This is because no disassembly of the structure into individual components is necessary, as in the case of assembled punches.

In this way, the risk of soiling and destroying the punch is reduced, points out Artur Jakubiak, Development Director at Adamus S.A. For cleaning punching tools ultrasonic cleaners can be used.

Surely the biggest advantage of a multi-tip punch is the possibility to form more than one tablet at a time. Multi-tipped tools significantly increase production output without the need to purchase a new tablet press or increase working time and space in the industrial park. Moreover, they reduce production time. They reduce operating costs while increasing productivity. Multi-tip tooling requires less storage space. All these factors have led many manufacturers to base mass production on multi-tip punches.