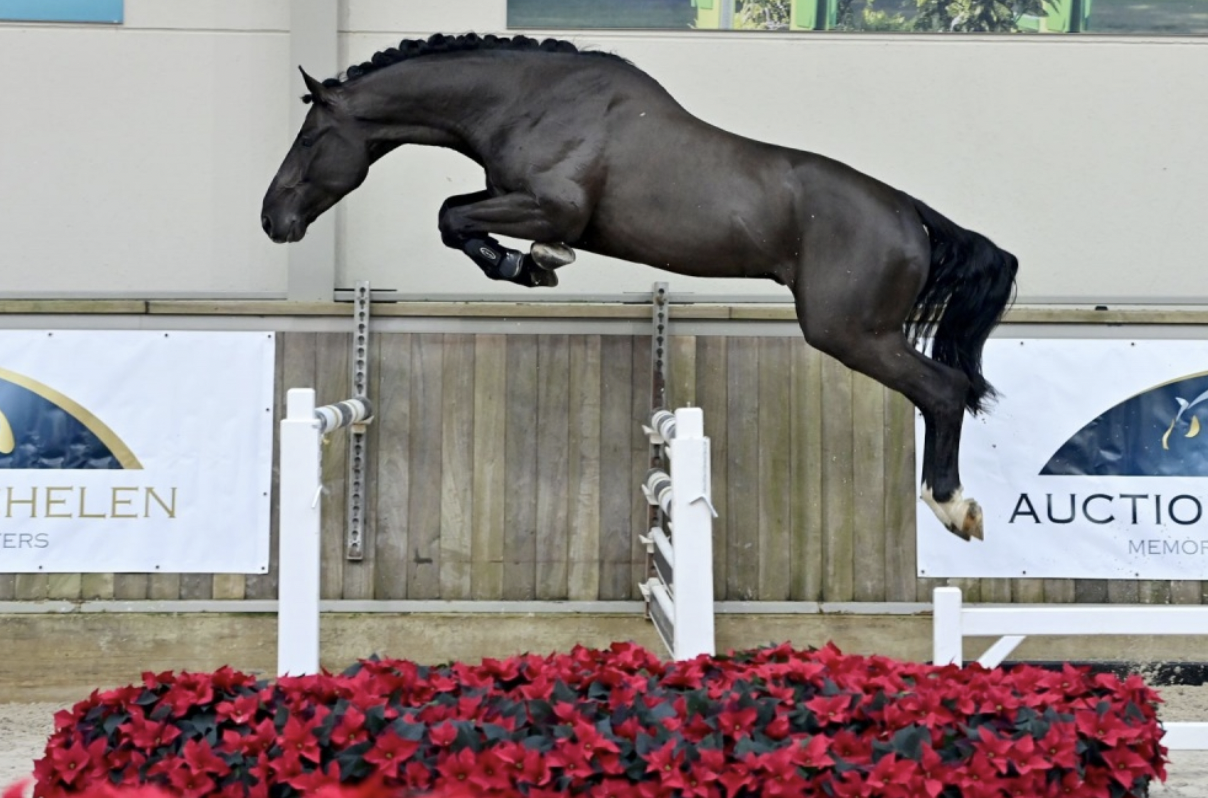 The magnificent culmination of successful 2021 at Auction-Mechelen!

At the end of December, as every year, the prestigious Auction-Mechelen horse auction was held. Despite the fact that, unfortunately, for the second time, due to the pandemic, the World Cup in jumping competition in Mechelen did not take place, the auction of 2- and 3-year-olds accompanying the event was a great success for the (already operating under a new name) Adamus Sports Club Equestrian.

On December 29, 2021, the club became the proud owner of the most expensive auction horse - the excellent black 3-year-old, Nemerald op den Hout. The sire of the stallion already recognized by AES is E-Ginton Z (after the successful Emerald). On his mother's side, he has the blood of Furiel and the Olympic vice-champion Glock's London.

"We are very pleased to have purchased a new stallion, we believe he has great potential and Mechelen was certainly a star at the auction."

We are also pleased to announce that with the new year not only the KS Adamus Equestrian stable, but also the team is growing. From January 2022, new riders will start in the club's colors - Przemysław Konopacki and Aleksander Lewandowski.

We congratulate both new and old team members on winning the auction and good luck in the competition, during which Nemerald op den Hout will have the opportunity to present his form and talent.

This page uses cookies (small files stored on your computer that hold data) in statistical, advertising, analytical, and functional purposes.
You can accept the cookie files or disable them in browser settings.
Agree